I particularly love hearing how God has impacted someone - the circumstances and people He uses, and how kind and loving He is - bringing us to repentance, helping all of us find our way back to Him.
I recently heard Chris Barber's story, and asked her to share it here with us.
God spoke to her through REAL2017, and in particular  Emily’s preach "God can do what He says He can do" and the words: “I do believe, help me in my unbelief"
It's a great encouragement to trust God ...and that there's no retiring for the Christian who wants to follow God!
Oh yes, and it's a wonderful plug for this year's REAL - come and hear God - He will be there, He will be speaking, He is ready to transform us from the inside out - come and position yourself in a space where the Holy Spirit is moving and speaking.

I would love to tell you my story of how it all started.

It was on a sunny Wednesday morning one June and I remember that morning so well. I was walking to work and I had a conversation with God or in other words I prayed a prayer that I had never prayed before.
That prayer was God use me more locally, nationally and internationally  As soon as I had finished that sentence I instantly said to myself that is not meant for me that is for the church.
Then came my reasons why I would be ruling myself out of the international part of the prayer.

Firstly my reason was I have children. I am a single parent, it can't possibly be for me. Well my youngest then was at college and would be finished by the following summer so certain!y old enough to be left.
Secondly my reason was that I work full time and have no time to go abroad, the job I was so doing was term time only and I have all of July and August off
Thirdly I could not afford to go abroad I had never been abroad. As I have already said I am a single parent, so money was tight.  But I also knew if God was calling me to do something he would provide for all  my needs that includes my financial ones as well
I know exactly where it was on that journey to work that day that I said yes to God and I responded with what I call my martini prayer.That "anytime any place any where" I want to be used by God.

It could have all just been a nice walk to work or I needed to do something about it. So I had it checked out with two women who I loved and respected, they could say I am nuts or I do something about it?
The first person I spoke to was Mo Davies who encouraged me and to go for it. The second was Catriona Mitchell who was also very encouraging and asked where would I go? Don't know was the response but at that time I knew without a shadow of a doubt that I would be going abroad the following summer.

About 10 days from my initial conversation with God I was round at a friend's for a barbeque. They called me into the kitchen and told that they felt strongly that as I had a special birthday coming up the following year year they wanted to give me some money so that I could have a holiday abroad. That confirmed to me that all this was real and God was in it, sorting out all the details.

That year I was off to Stoneleigh as was normal and from the first meeting (and continuing all week) it was about Go! What God had already been speaking to me about was again coming across loud and clear, and I was ready and willing to go abroad.

It was there in Uganda at the end of the Sunday morning meeting that the visiting Pastor had a word for me. The gist of it was that I would go to many nations.
The following year I took a career break from work and went to Soroti for six months.

I have been to Uganda about five times as well as going with a team from our church out to Poland.

Over the last year or so that word I had the first time I was in Uganda kept going over in my mind that I would go to many nations. I certainly have been to many places especially since retiring, but I was still pondering it over in my  mind.

Last year I went to Peru and it was while up Machu Picchu looking out over the mountains that again that word came to my mind about going to many nations.
I love going to new places, seeing new things, experiencing new things but whatever life I have left I want it to mean something. I don't want  it to be just full of sight seeing holidays, no matter how much fun they might be, there was something more. Was it possible that there was another mission trip in me before I got too old?

Just as I got back  from Peru, the women's conference Real was on.

It was during one of the meetings the Saturday afternoon I think.
Emily Parker spoke and what I remember of that  was have we got unfilled promises over our lives that we our still waiting for to be fulfilled or not been completely fulfilled. All that I recall were the words of "I do believe help my unbelief."

I do believe that despite my age God  can still use me wherever whenever and for whatever He wants to.

Just after that I had an email from Tearfund asking "do you want to go abroad next year?" Well of course I do!
I filled out the application and as I write this, I am about to go out to Culcutta India for a month.  There is a team of 7 of us going out. We will be working with vulnerable women and street children.

Being a Christian is not dull or boring, it is exciting ,full of life and adventures. This is not about me but about who God is and how faithful and just He is and what He has done for me.

Thanks so much for sharing with us Chris!

Would you join me in a prayer for her?

Lord Jesus, we pray for Chris as she prepares for her trip
and as she travels to Kolkata.
Keep her well and safe.
Bless her as she operates outside her comfort zone.
May she hear Your voice and be led by Your Holy Spirit.
Use her to bring peace, life, love and hope wherever she goes,
in particular the vulnerable women and street children.
In the name of Jesus Christ our Lord, Amen 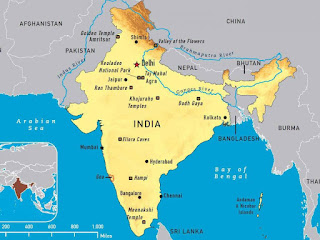 October 24, 2018
I'm delighted to welcome Esther Ross-Watson to my Blog today! She is a dearly loved member of our Kerith family. She and her late husband Michael served as missionaries for many years. Esther bravely made the decision to travel again, and she has recently returned from Indonesia. Here's her story:  Whilst Michael was on his last days on earth in August 2017 he received a request from the Island of Madura, Indonesia asking us to return to the town of Pamekasen, Madura, Indonesia where we had begun our Missions work in July 1973 exactly one year after we were married. They were keen to have us see what God had been doing in the years since we’d moved on and we excitedly said ‘Yes’ we will come!   Obviously that had to go on hold for a while because I didn’t feel I could, or even wanted to go alone! Anyway around March/April time 2018, I begun to feel a gentle nudging of the Holy Spirit urging me to think some more about it! It was like a feeling of wanting to know
Read more

January 11, 2010
"... Nobody has a perfect life - everyone else's life looks great ..but everybody has challenges. We're constantly judging our insides against everyone else's outsides " Ruthie Henshall on Woman's Hour last week So true!
Read more